Spanish Omelet (or more commonly, Potato Omelet, “Tortilla de Patatas”) is considered the most emblematic recipe of Spanish gastronomy. It is easily found in a wide variety of venues, from the humblest tavern to the fanciest restaurants of our territory.

Its humble ingredients: potatoes, eggs, onion, olive oil and salt, as well as its apparently simple preparation, turn the omelet into a very suitable meal when you require preparing something quick, filling and yummy. Besides, as it keeps very well at room temperature, it is a basic in any picnic hamper, lunch box or catering service.

But what are the exact ingredients of Spanish Omelet? If you are a foodie (which is more than likely if you’ve got to this blog) you are more than likely to have done some online research which has probably led you to a great variety of versions, such as Jamie Olivier’s which included chorizo or peppers. But the truth is the genuine recipe includes only potatoes, eggs and optionally, onions. This last ingredient has proved to be the most controversial of the components of Spanish omelet, for there are as many supporters as detractors of this version.

When do Spanish eat potato omelet

The most common way of eating potato omelet is probably in a sandwich (“bocadillo de tortilla”), easily found in cafeterias, convenience stores, food stands, bus stations and, of course, bars. It is the perfect snack (or full meal) when you are in a hurry and want something filling, ready-made and reasonably healthy.

Obviously, you can make your tortilla sandwiches at home to take away to work, for picnic, hiking or beach. Remember that it keeps very well at room temperature, so it is suitable for being carried in a tupperware or aluminum foil.

It is also staple in family dinners, when children claim their share of energy. However, it is not common for lunch if they had enough time to cook. Remember, in Spain, lunch is the big meal, so we normally have two courses and dessert.

However, the tortilla reaches the summit of Spanish gastronomy is many restaurants around Spain that serve it not as a snack or fast food, but as a delicate mixture of potatoes, eggs and (not always) onions. In those places, the omelet is cooked on the spot and served warm and juicy.

The way of cooking the omelet just lightly, keeping the inside juicy and the outside just cooked enough to hold the filling is commonly called “Betanzos Style”, as that town from Galicia is famous for hosting several restaurants awarded with the Best Potato Omelet prize for years.

In our tapas cooking class you will be able to make the best tortilla ever, but meanwhile you learn it, we suggest you a few places in Madrid famous for their omelets: 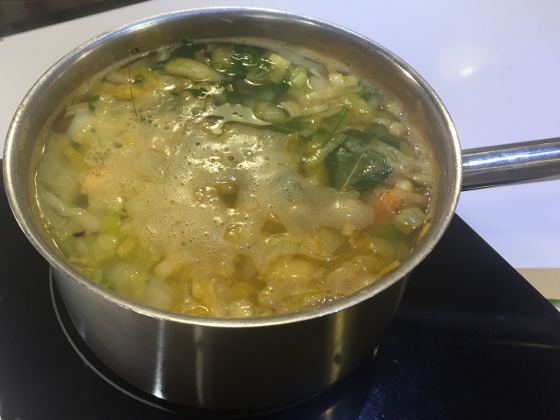 How to make paella fish stock

Finally, we publish our recipe of fish stock for paella, key ingredient in an excellent mixed paella 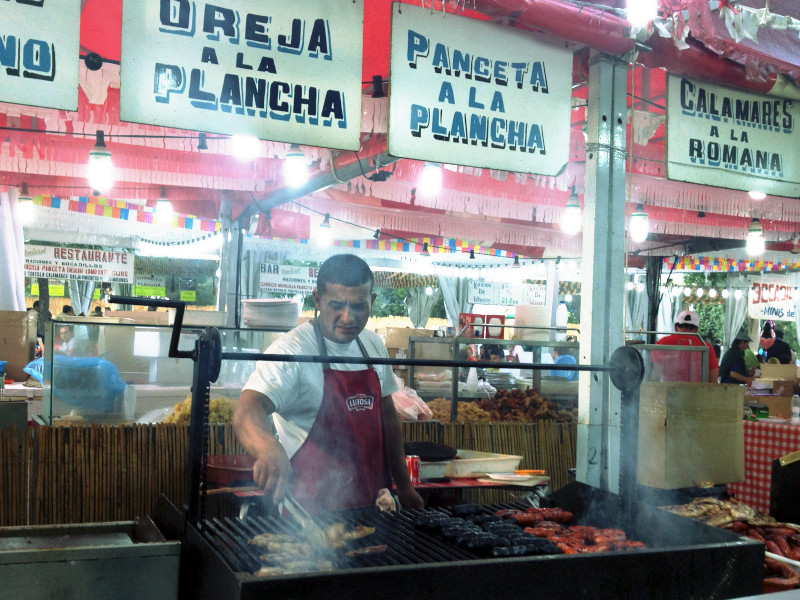 Madrid celebrates its San Isidro festival in mid-May. A good opportunity to try some typical street food of Spain's festivals.